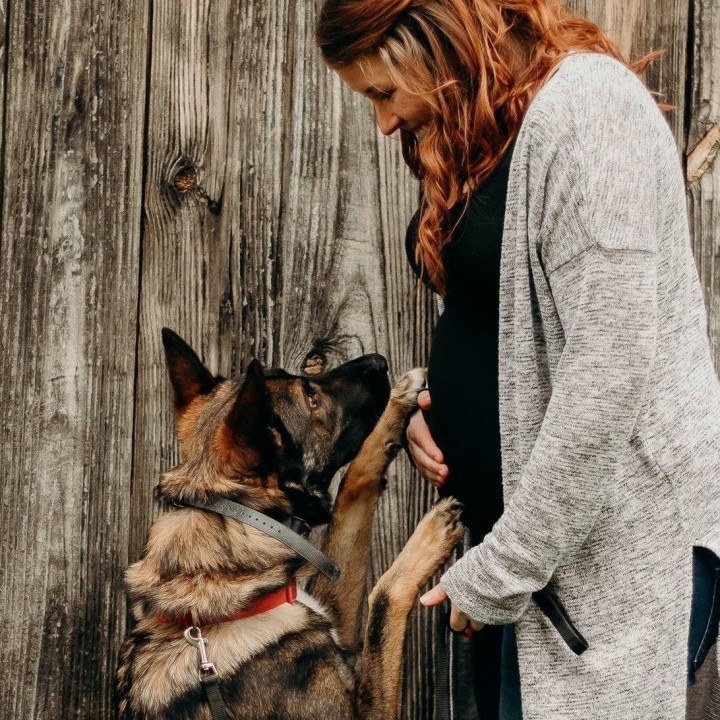 I accepted Christ at the young age of six. So I think my life before that was mainly Sesame Street, Mr. Rogers, and those old plastic vacuum cleaners that used to have the balls in them that would pop when you pushed them. But I had something that happened in life that really challenged my faith, so we’re going to talk about that.

While I accepted Christ at the wise age of six, and grew up a Pastor’s daughter in Fort Worth, TX, that doesn’t guarantee I never had a crisis of faith. My parents divorced when I was young, while my dad was the pastor of a church, and that kind of decision never comes judgement- free in a religious setting. All my friends I thought were there, their parents stopped letting them see me, we moved, went into children’s therapy to deal with the divorce and started a life where dad wasn’t a pastor, but the leader of the home, with his ministry being his children. My dad remarried when I was eight years old and I grew up well loved, in band, and choir, playing piano and basketball. I left home at the age of 17, and moved to College Station, Texas to begin the next chapter of my life. While I was there I went through really finding out who I was independent from my family. I found out what music I liked, what I looked for in friends, what work I enjoyed, what my interests were, and where I thought my life was headed. I moved up to a management position at the job I was at and I began training for the position I was asked to fill. While I was there, my training manager raped me. I was nineteen years old. Coming from the background I had, having limited exposure to male interaction, maintaining my faith, and service in the church, my reaction was anger with God. I stepped out of the training program and just began managing, volunteering Sundays up for work and quitting on God. My life was a mess here, well at least if you look at it from a Christian perspective. I was working 80+ hour weeks, making great money, putting myself out there, growing my social life, finding parties, and doing everything I could to hide what I was feeling. I was still helping people, loving people, and building relationships, but Christ was no longer someone people could see just by watching my day to day life. I left management and moved to San Marcos, thinking a change of scenery could heal my scars. Instead I fell into a deep depression. God surrounded me with a community to care for me, he put me in a town with my younger sister, and blessed me by meeting my current best friend, Emily. But I still refused to fully open myself up to him. I had lost my GPA, and by the Spring of 2015 I was in the hospital for two weeks, because everything I refused to let surface had caused cysts and a rupturing appendix. What I didn’t want others to see had wrecked the inside of me. I moved once again, to Denton, TX on a whim, thinking I could get life back on track and get back into school in a place that was fresh, with only my best friend there. Since we had friends down in San Marcos, around Christmas 2015 we decided to go back and visit one of our favorite places, the Austin Trail of Lights. The problem was, the night we decided to go, it rained. While we should have gone home, we decided to stay in town for a few hours and catch up with a friend. Since we were all of legal drinking age at that time, and I was no stranger to alcohol by this point, we decided to go to Walmart and grab some ciders and just have a night where we caught up. Unfortunately, the friends we met took illegal substances, mixed them with alcohol and that led to me being raped a second time that night. A week later I got a call from my dad, who was preaching at Riverside Baptist Church. He told me that the associate pastors and the minister of music had all been called to different places and he felt that God had laid on his heart that I should step into ministry there. Y’all… we’re really lucky I didn’t laugh and hang up. I told him I would pray about it. God really brought some issues to surface through that. Never have I felt so unqualified, such shame, and guilt in my life. But instead of looking for a quick fix to those negative emotions I didn’t want to feel, I sat in them. I sought the Lord’s will and direction, and in the end, He brought me back from my path of self destruction, to a place where I could find my strengths and use them for others.

Life now is finally purpose-driven. In June of 2016 I met my wonderful husband, Esteban, when he came to help with a team from San Antonio, TX as I coordinated my first Vacation Bible School. We were married April 14, 2018. In January, I will have been serving at Riverside Baptist Church for four years. I am working in two community centers throughout the month of July and beginning of August, with a team led by our Children’s coordinator where we get to share the gospel with kids of all ages. I work with Youth and do music for the church every Sunday and Wednesday, and on July 11, I just gave my first message to the church. After years of keeping my story, my pain, my fears, to myself, I’ve begun allowing God to present opportunities to use them for His Glory, and He is so faithful y’all. From the moment I stopped trying to solve my problems, and gave my brokenness to Him, He has never failed me and I couldn’t be more grateful. Not every day is perfect, but I am striving to make every day better than the last.

-Verse of the day-

“I am the true vine, and My Father is the vinedresser. 2 Every branch in Me that does not bear fruit He takes away; and every branch that bears fruit He prunes, that it may bear more fruit. 3 You are already clean because of the word which I have spoken to you. 4 Abide in Me, and I in you. As the branch cannot bear fruit of itself, unless it abides in the vine, neither can you, unless you abide in Me.”